Check out the new photo galleries and the Club Facebook site for highlights of the boaties competing in monstrous waves in the ASRL Open at Elourea in NSW.

Swim Between The Flags

Once again the Club has enjoyed another very busy time in Lorne and things are just starting to quieten down a little bit. Certainly the period from Boxing Day through to Australia Day weekend is  full throttle.To see 400 Nippers converge on the beach is always a colourful sight. A big thank you to all those involved with this programme. Another outstanding success.

The 70th Birthday Celebration Night was a fantastic night. It is always great to see past legends/Life Members/old friends catching up and enjoying each others company over a few drinks. 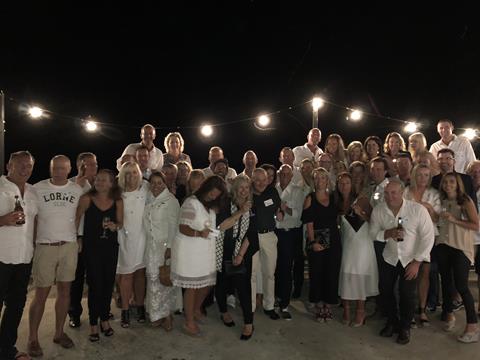 Then into another very successful GMHBA M2S and GMHBA P2P. To first year Race Director John Takac and his assistant Tina Westacott a very big pat on the back. To all Members and volunteers who assist to make this weekend so special THANK YOU.
Our Competitors have been very busy with some excellent results by The Boaties (a number of crews selected to represent the State and Geoff Matthews to Captain the State team). The Masters Carnival was a success with a number of old boys representing the Club for the first time. It was entertaining to watch. 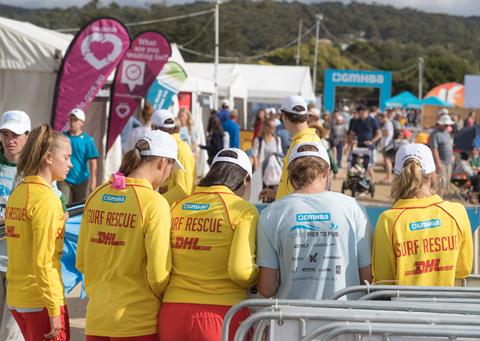 I want to highlight one of the objects of The Club ‘…..keeping the beach safe for all users’.
Since The Season began there has been over 40 people rescued on our beach. That number is significantly higher than in previous years. Over a half of those rescued have been international visitors which highlights problems we face as a Club. With the number of international visitors increasing every year we have to be more prepared than ever.

Towards the end of the Month Dulux will commence to paint the outside of our Clubhouse. There is no charge for this as Dulux chose Lorne as their 200th Surf Club to be involved with. Keep an eye out for this.

Don’t forget to swim between the flags!

Club Championships are back on the calendar on Sunday afternoon – a fun day where friends, family, nippers, grandparents and members come together to have a go at a a range of competitions. All abilities most welcome.

The Last Supper Dinner will be back in fine traditional form as a spirited Club Easter Dinner. This year Awards across the Club will  be presented as well as  for Club Championships. Patrol persons of the year, nippers  and others awards.  More details to be sent early March.

Thank you to all the families who were involved in our fabulous Nipper program. Jo Pincus and I were overwhelmed with the support we received as your new co-ordinators.

We think the program was a huge success – FUN was the main thing.  I think all the kids enjoyed the program, hopefully learnt a little bit about water safety, met some new friends and learnt some new skills!!

A massive thank you to our Age Group Managers – you all did a fantastic job (some with huge group sizes) and a special thanks and welcome to our new helpers!!

We would also like to thank:  Nik Hadaway, Chris Atkinson, Paul McMaster, David Hay, Courtney Blood (and her team of merry helpers), our SRC water safety helpers, Belinda Carne, Clare Power, Tina Westacott, Jenn Brown, Steve Atkinson, Peter Atkinson and our new doc this year Margie Morgan for their wonderful help in getting the Nippers on the beach!  We could not run the program without you.

The dates for next year have been set and nippers applications will open in October at date to be confirmed.  We hope to see all our families back on the beach soon. 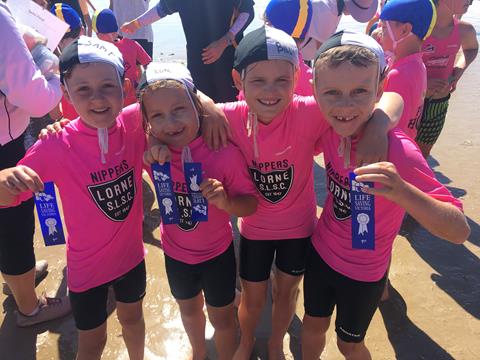 Another Fantastic GMHBA Lorne Pier to Pub, 5000 and Mountain to Surf.

Thanks to YOU, our major events (GMHBA Mountain to Surf, 5000 and Pier to Pub) were a fantastic success with very positive feedback from participants.

On behalf of the entire Events Sub-committee, we would like to thank all our volunteers that supported the events, not only on the Friday and/or Saturday, but also in the lead up to this very busy weekend.  You should all feel proud of the success and positive brand that our GMHBA Pier to Pub swim provides not only to our club but also the town.  Its financial success underpins our club’s financial stability as well as providing revenue streams to local community organisations.

So thank you for once again supporting our events, our club, and our local community. 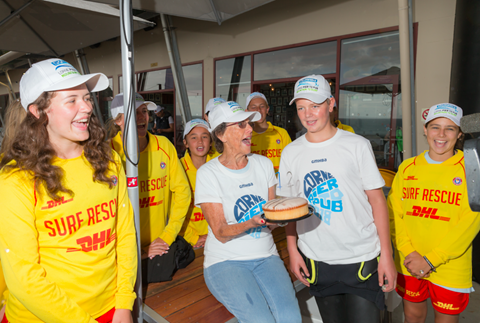 See the gallery of pictures
from the day! 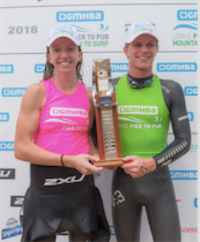 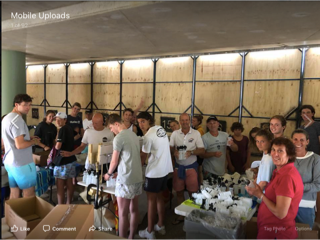 It was a Lorne fest at Elouera on the weekend for the 2018 Team Navy ASRL Open.

The best of the best surfboat crews from around Australia gathered and Lorne were in amongst the best. Having 5 crews travel up, the competitors put in a fantastic show.

Lorne dominated the Victorian selections throughout the year to have 4 crews representing the Big V on the Friday afternoon Interstate challenge. All crews competed well in windy conditions with the Big V stumbling however in the overall points to more dominant states.

The individual crew efforts throughout the weekend however were sensational. The WASAVIC’s in reserve mens got through the early rounds to find themself in a semi-final. Their fate unfortunate when they had some equipment failure heading out into a monstrous sea to miss the final.

The reserve women’s category saw the newly formed UniLornes and Lorne-Attics demonstrate some unbelievable skill and commitment through building seas and testing conditions. Both crews made it through to Sunday morning with the UniLornes booking a semi-final spot, but deciding to save their best for States and Aussies to come as the sea rose again to a more challenging level. Big kudos to both crews for a great weekend racing, and a sensible call for the girls to decide against rowing with a little inexperience in surf in the crew not matching up to what was being presented by large sets and strong winds.

The open men and women Lorne crews have been competitive all year and the ASRL Open was no exception. The Lorne Edge girls crew were dominant through the points rounds to finish atop the south area, with the Lorne 31 mens crew also making it through the points and first elimination on Saturday. Into the finals both crews went and barnstormed their way to respective semi-finals where the 31’s campaign ended.

The boys rowed well through ever increasing wind and large seas but didn’t find themselves on the lead wave and missed the final.

The girls in contrast had a good result in the semi-final and became the last remaining Lorne crew for the weekend, finding themselves in a match race for the ages against the best womens crews in Australia.

After a flying start, the first gun was recalled after a shore break made it hard for crews. The girls regathered and got out cleanly in the restart to find themselves one of three crews out of six to make it to the buoy turn. The girls handled conditions incredibly well and snuck over a wave after getting quite vertical to be second to the turn. Under serious heat from Palm Beach in third they rowed onto and down what may have been the wave of the day with Geoff muscling the sweep oar to bring the girls beautifully into the beach for the silver behind North Cronulla who had the better run out to sea.

Cracking weekend, great results for Lorne, and super proud of our crews and how they handled themselves!

See all the video and photo highlights on the Club Facebook page. 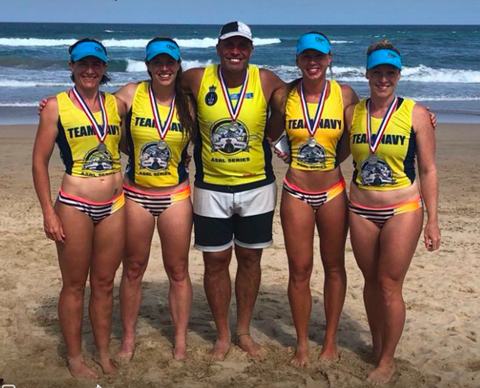 Please don’t use boards, skis or equipment that is damaged or simply put it away.

Any damaged boards, skis or equipment need to be reported to James Bowden james@bowdencorp.com.au so the craft can be repaired. It is not to be used in a damaged state. 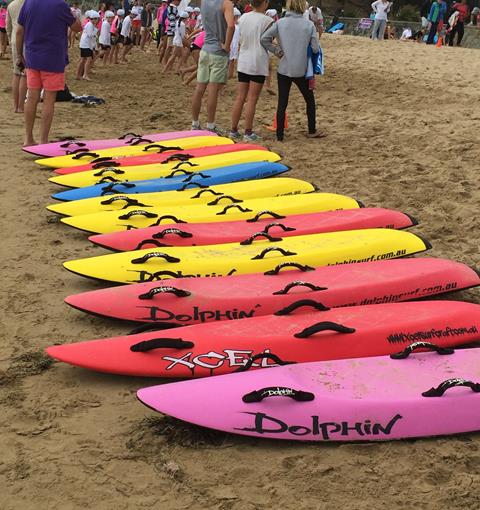 December saw 21 active club members obtain their IRB crew award and 4 members receive their IRB Drivers award. The IRB silver camp was a successful week showing a great insight in to the club’s future IRB drivers and crewpersons. Candidates were taught how to safely negotiate the surf, and rescue swimmers who require assistance. The week will prove to be a great benefit to the club as we now have more crews and drivers for patrols. It was great test for the IRB equipment with all 6 boats and 9 motors holding up during a strenuous week of use.

January saw us organising water safety for the Pier to Pub. We spent the week prior laying anchors, blowing up buoys and organising who would be in the boats for the long day. We had 15 boats on the water in total, including boats from Wye River, Fairhaven, Apollo Bay and Elwood. All clubs did a fantastic job in helping swimmers in and making sure all competitors were safe!

Now that that huge event is done and dusted, we are focusing on making our IRB race team even bigger and better! Training has already started for the season, and this year we will be based out of Melbourne and Lorne. As IRB captains we are looking for anyone who is interested in competing for us to come forward and express their interest.

We hosted a Bunnings Sausage sizzle Sunday 11th February in Torquay, to help us contribute to our competition funds. This will help us pay for the State Championships, the Australian Championships and hopefully the World Championships in Adelaide late this year.

Please email irb@lornesurfclub.com.au to express your interest in IRB competition!!

Lorne recently hosted the a State Carnival weekend. The home ground advantage resulted in a bucket load of bling coming back to the Club.

It was a particularly big weekend and thank you to the patrols, work parties, officials and other volunteers who stepped up to run a successful carnival weekendl over a packed weekend on the beach

It was great to see experienced campaigner Tristan Read team up with the upland coming Junior Swimmers, Billy, Tom and Michael to take out the open swim – the future is bright. . 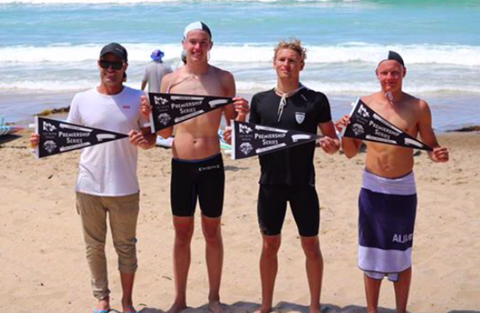 Congratulations to the following members who participated.

Billy Bowden, Thomas Hay and Michael Garbelotto who won in the Open Men’s division (despite being U/17) with Tristan Read and Hamish Bowden  in his first Ironman win! 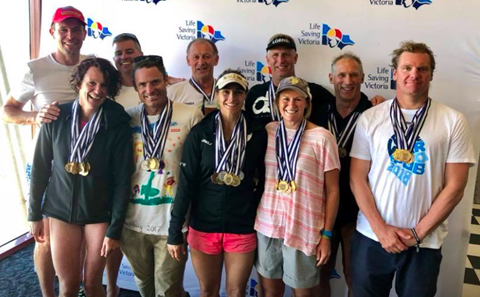 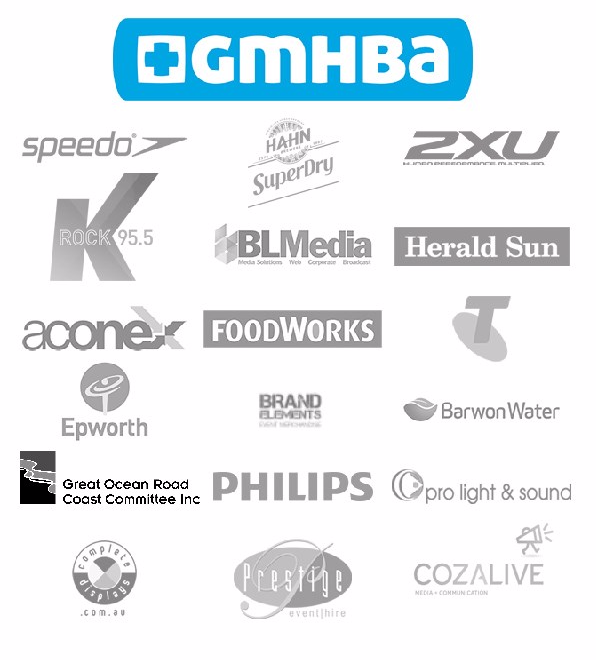